At a time, when people have lost faith in elected officials who focus on serving themselves over the people they were elected to represent and have become disheartened over a system of politics overcome by corruption and greed, along comes Marc Molinaro. 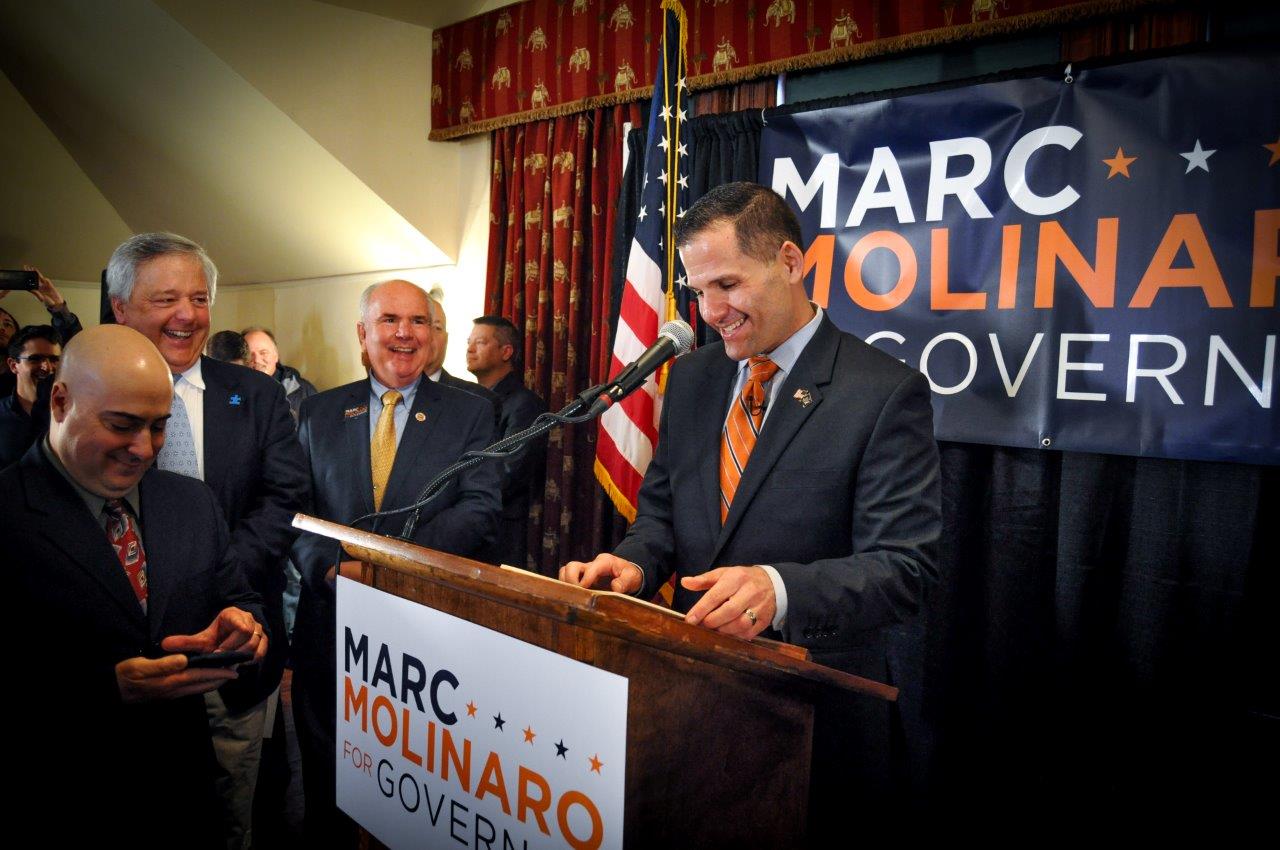 Marc was first elected to public office at the age of 18 in 1994, serving on the Village of Tivoli Board of Trustees. In 1995, he became the youngest mayor in America at age 19. He was re-elected mayor five times and elected four times to the Dutchess County Legislature. In 2006, he brought his passion for public service to Albany when elected to represent the 103rd District in the New York State Assembly.

Upon taking the office of County Executive, Marc sought to create a comprehensive economic development strategy, one that more aggressively attracts and retains private sector companies and jobs. This strategy streamlines the County’s economic development apparatus, invests in a targeted marketing campaign to fill vacant commercial and industrial space, and promotes tourism as well as agri-business opportunities.

Marc has been a leader on Open Space Protection and Farmland Preservation, an advocate to preserve the Hudson River Valley Greenway and a supporter of the Greenway Compact. In 2013, the New York State Senate appointed him to the Greenway Heritage Conservancy for the Hudson River Valley. In 2014, Marc was honored by the Pace University Land Use Law Center as the recipient of its Groundbreaker’s Award given to a graduate of the Center’s Land Use Leadership Alliance (LULA) Training Program. 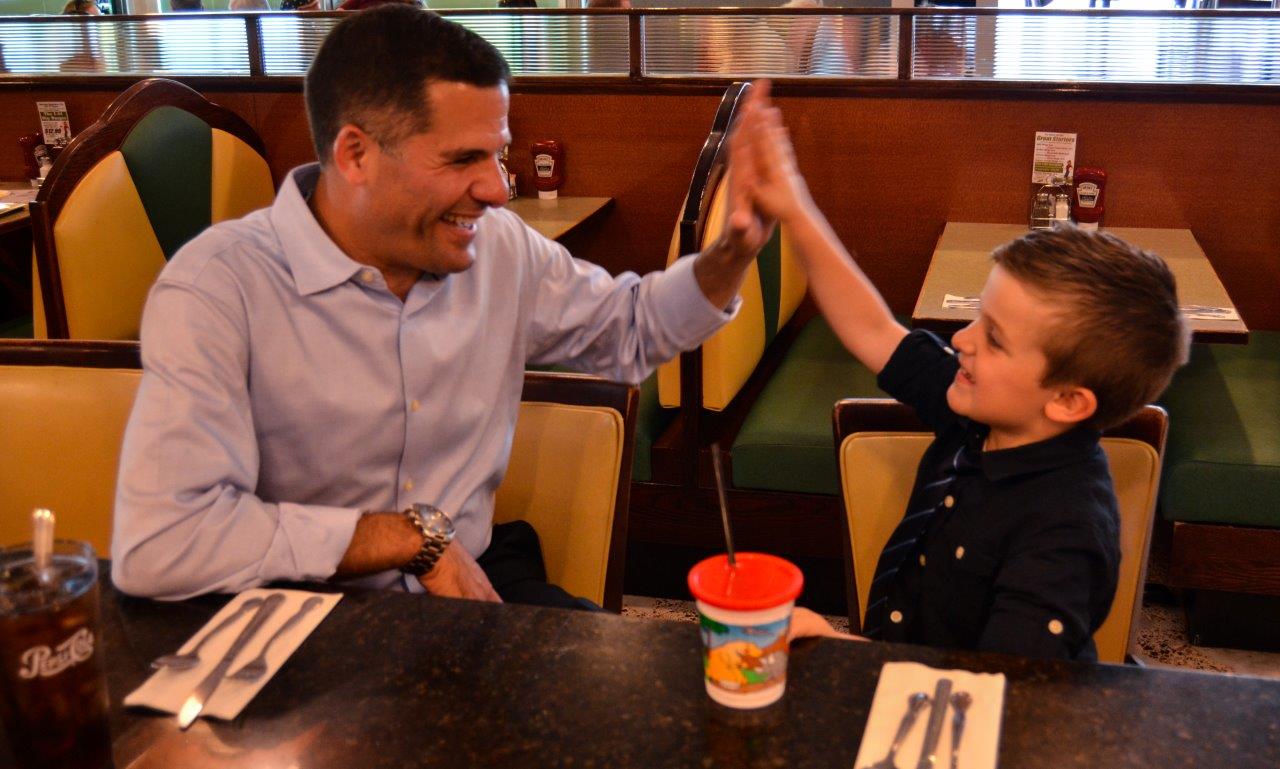 Since 2012, Marc and his Administration have transformed the way County Government does business – making it smaller, smarter, and more effective. The consolidation of county departments and divisions has saved millions of taxpayer dollars. County Government operates with its smallest workforce in 30 years without diminishing core services such as law enforcement, mental health, and road repair. It ended the taxpayer subsidy at the Resource Recovery Agency (RRA) and is doing the same at the Airport with a private operator and commercial investments. County Government now provides grants to municipalities that share, consolidate, and make more effective their programs and services all in an effort to cut the total cost of government.

In 2015, Marc launched “Think Differently,” an initiative to ensure equal access and service, along with greater outreach, to those living with special needs and developmental disabilities. Nearly 100 communities across New York are implementing the “Think Differently” principles. Efforts continue to make County Government more accountable and responsive to the public, providing unprecedented access to county information and data with Marc himself hosting over 60 town halls and public forums in his first 3 ½ years as County Executive. 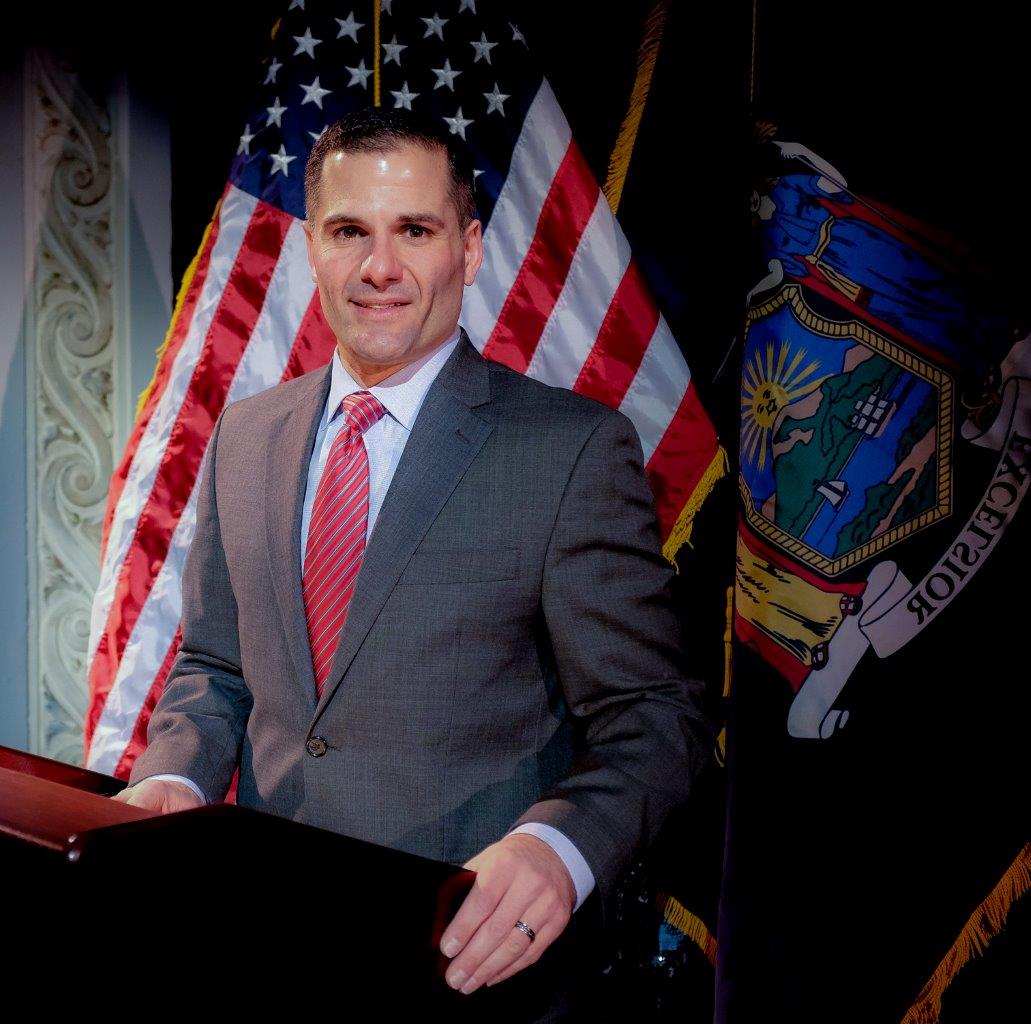 In 2010, he was honored with the VV Anderson Award for Community Service by the Anderson Center for Autism. In 2011, Astor Services for Children and Families presented him with the Louise Marillac Public Service Award in recognition of the work he has done on behalf of children and families in the community. In 2014, Marc received the Champion for Elder Rights and Safety Award from the Coalition on Elder Abuse in Dutchess County. In 2015, he was honored for outstanding leadership by the Mid-Hudson Chapter of the American Red Cross. He was also honored as the Distinguished Citizen of the Year by the Boy Scouts of America, Hudson Valley Council. The FDR Home and Library bestowed their first Franklin and Eleanor Roosevelt Vision Award on him and the Arc of Dutchess recognized Marc for his advocacy for those ‘differently-asked.’

Molinaro is a graduate of State University of New York, Dutchess Community College, where he earned a Dutchess United Educators award, and the PACE Land Use Law Center Community Leadership Alliance. He has been recognized by the Greater Southern Dutchess Chamber of Commerce and “Capitol” news publication as one of their first “Forty under Forty” leaders. The Albany Times Union cited him as one of Albany’s “True Reformers,” the Hudson Register Star recognized him as a “strong advocate,” and the Poughkeepsie Journal called Molinaro a “voice of reason.” Hudson Valley Magazine readers have voted Molinaro the “Best Politician” in the Hudson Valley region each year from 2012-2017.

County Executive Molinaro resides in Red Hook, with his wife Corinne and children Abigail, Jack, and Elias. He enjoys coaching his son’s team in the Red Hook Soccer Club.